We travelled with BA in March hoping to get mild weather to make walking around the sites easier. Flew into Fiumicino the main airport for Rome and was surprised how easy it was to get directly to the centre of the city using the Leonardo Express, however it was not exactly expressing more like strolling. Our hotel the Morgana was an excellent choice for our two night stay and in the ideal position next to main train station Termini. Termini is also the intersection of the two tube lines that cross the city ( a third line is to be built ) giving you fantastic access the tourist sites.

One thing immediately apparent in Rome is that you will stand out as a tourist and will be surrounded by street sellers hawking tours, phone chargers, selfie sticks and umbrellas if it rains. My advice Is to not buy any tours and do it yourself, get a map beforehand and plan what you want to see. Work in the tube stations so that you have an escape route when tired. If your phone allows it use your navigation between sites, it is great to know how far away you are from your target.

What to visit? Of course go and see the Vatican and the Colosseum. Our high was the Pantheon one of the oldest buildings in Rome and must be one the most magnificent. Our low point was the Spanish Steps, rechecking our location to make sure we were in the right place. We did not go inside the Vatican as the queues were very long even in the pouring rain. Instead we visited the basilica Santa Maria Maggiore where there is no entry fee, but you will not be disappointed it is a spectacular building. The Colosseum is undergoing repairs but it impressive none the less and like the Vatican has long queues. Also under extensive renovation is the Trevi fountain with statues and carvings being replaced.

Food in Rome like most of Italy is excellent and mostly good value but like anywhere excercise caution and check menus first, good places are not hard to find. For lunch check out the Dakota burger restaurant between the Pantheon and the Trevi 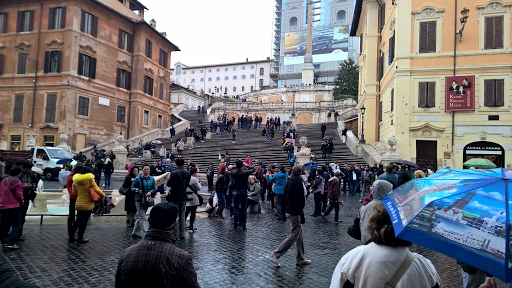 Overall we enjoyed our visit but like a lot of major cities suffers from decay and basic untidiness but unfortunately in Rome this includes around all the major historic sites.
Posted by basingstone at 22:14 No comments:

I think for short break you have to maximise what you can do in the short period of time in the location you have chosen, as typically because it is a shorter holiday than normal the cost per day is higher. With this in mind we chose Dubrovnik as our destination for a three night stay.
Arriving late due to a malfunctioning curtain rail on the BA Airbus 320 our afternoon was shortened to a stroll around the Gruz harbour. Our hotel was the Hotel Berkeley, great hotel situated near the harbour but with good bus links to the old city.
Our first day a short bus ride direct to the cable car station and a great ride up to the top of hill overlooking Dubrovnik. You can walk up a twisting path but for only 124 kuna you have bought a return ride and entrance to the Homeland War ( 1991 -1992 ) museum,which is a reminder of how Dubrovnik suffered during the unrest in the Balkans at this time. The view on a clear day is spectacular. 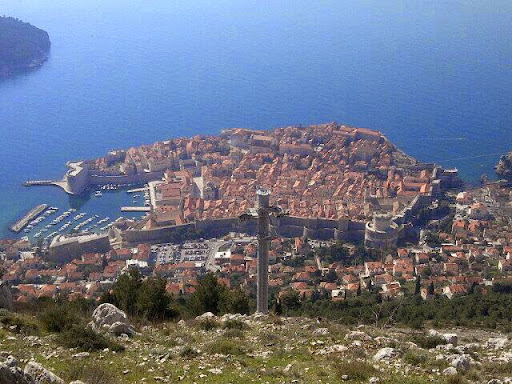 After lunch at one of many restaurants available, we took to the City Walls for 100 kuna. Once on the walls you can circle the entire old city getting a totally different perspective from what is sometimes a very high viewpoint, if you fear heights or have a weak heart do not try this.
Our second day we spent just wandering the old city checking out the shops and restaurants. As it was very early in the year it was quiet but as we had really good weather it was a great way to idle a day away.
Eating out in Dubrovnik in the old city or in the harbour area in general was good value, quality and service. One restaurant did disappoint it was almost as if we were not there, the level of customer service was virtually zero. All our other selections worked out well. A good meal for two with drinks expect somewhere between 200 to 300 kuna.
Overall we had a fantastic time in Dubrovnik which was made so much better by our choice of the Hotel Berkeley. The service and quality of accommodation exceeded our expectations representing superb value for money. The holiday was booked online through British Airways Holidays, very easy to do with exception of having to wait on the site confirming.
Posted by basingstone at 20:30 No comments: